The Engineer’s Guide to Pumpkin Carving

We wanted to let everyone know that, in regards to the anonymous engineer who has been sending us infrequent correspondence in the form of “guides”, we’ve decided to enlist the assistance of a retired FBI handwriting analyzer. Just recently, we received a sequence of tips for the Halloween season. We immediately made copies of this document and sent them over to this analysist, who has built a rudimentary profile of our strange friend, which we’ll publish here.

“It appears the handwriting in question is definitely male and I would estimate his age to be between 50 and 65 years. After careful examination, I would recommend against approaching any persons of interest, as they appear to be potentially unstable. Let me break down their profile:

I repeat, if you suspect someone may be this individual I do not recommend you approach them for any reason with a line of questioning. Perhaps it’s best to let them have this outlet for the good of the firm and society as a whole.”

So, there you have it. We’re between a rock and a hard place. Mr. X, if you’re reading this, enjoy your little soapbox.

A Short History of the Jack-o’-lantern

It’s a funny word, isn’t it? Say it out loud; jack-o’-lantern. What’s it mean? Jack of lantern? Let me tell you. The history of the jack-o’-lantern started in Ireland, where a man by the name of Jack sat down with the Devil himself to have a drink.

The other villagers in Jack’s little Irish hamlet called him “Stingy Jack” behind his back, and it was for good reason. Even when knocking one back with the Devil, Jack somehow managed to weasel his way out of the tab, leaving it to fall on the shoulders of Old Scratch himself.

Of course, you don’t cheat the Devil, not without consequences. Jack had this realization with enough time to prepare. With an ingenuity that only makes sense in folklore, Jack carved a demon’s face into a hollowed-out turnip and placed a candle within. The glowing, ghoulish visage was enough to keep the Devil at bay and earned Jack a new name, Jack of Lantern, aka Jack O’ Lantern.

Like any good idea, time only improved upon it. We took away the turnip and replaced it with a much more fashionable pumpkin. From there, the fad grew into what it is today. Now that that’s over, let’s talk about carving.

Don’t Get Too Fancy with It

If you Google “pumpkin carving” you might be overwhelmed by the volume of intricately carved pumpkins that are out there in the world. I, however, am a purist. Let’s not forget the facts; this fad started with a turnip. Let’s not forget another thing; a guy drunk enough to try and cheat the devil probably carved an ugly turnip. 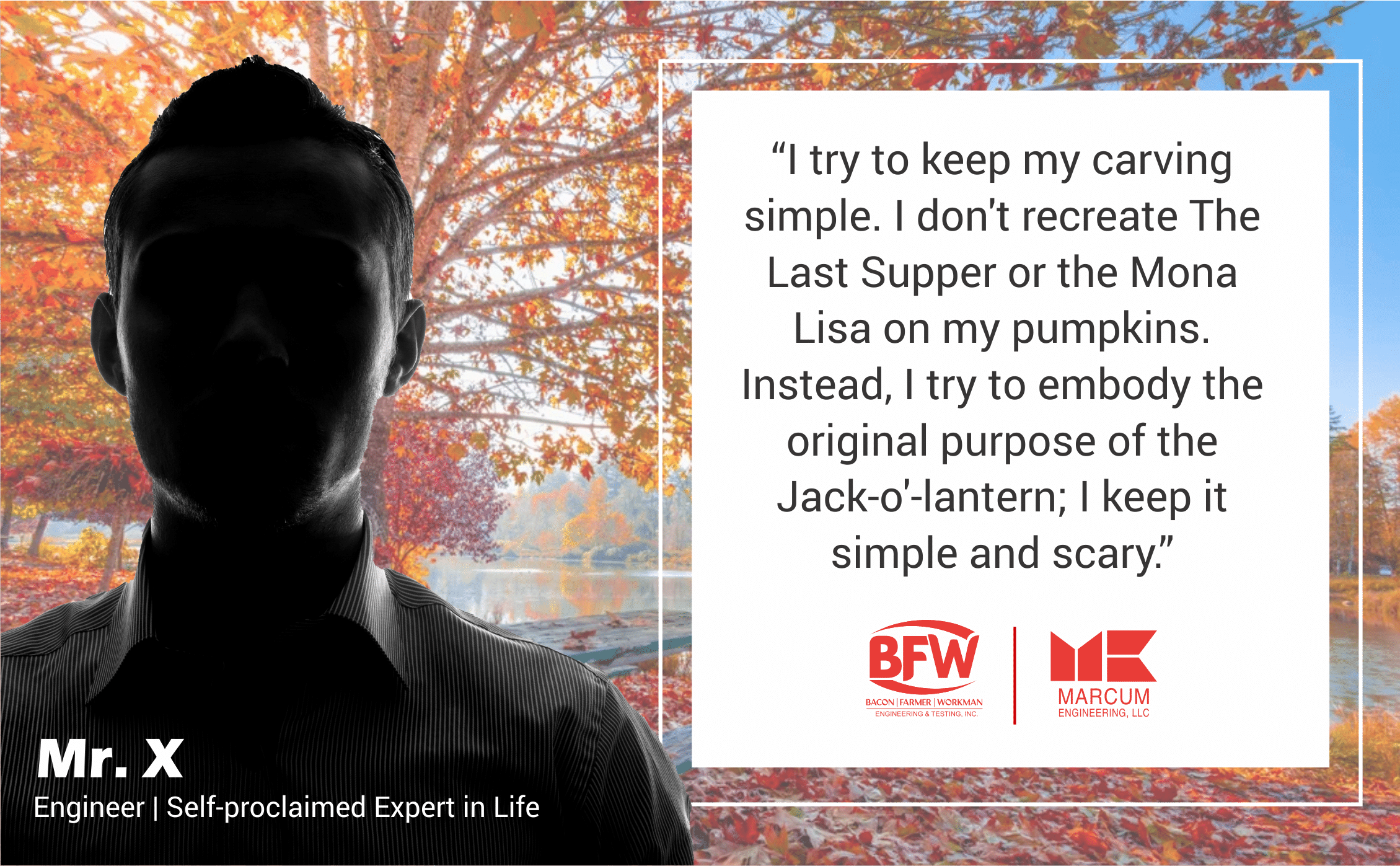 With that in mind, I try to keep my carving simple. No, I don’t chisel and shave away the skin of my pumpkins. I don’t recreate The Last Supper or the Mona Lisa on my pumpkins. Instead, I try to embody the original purpose of the Jack-o’-lantern; I keep it simple and scary. However, I do a few things differently.

How to Carve a Pumpkin the Right Way

First and foremost, I recommend you buy a pumpkin early in the season when the shapeliest specimens are available. You want one that is perfectly round without any ugly flat spots. The longer you wait, the more picked over the pumpkins will be. Beyond that, don’t get any of those fancy warty pumpkins, heirloom gourds, or any of that nonsense. I recommend the simple orange variety. Let’s get started. 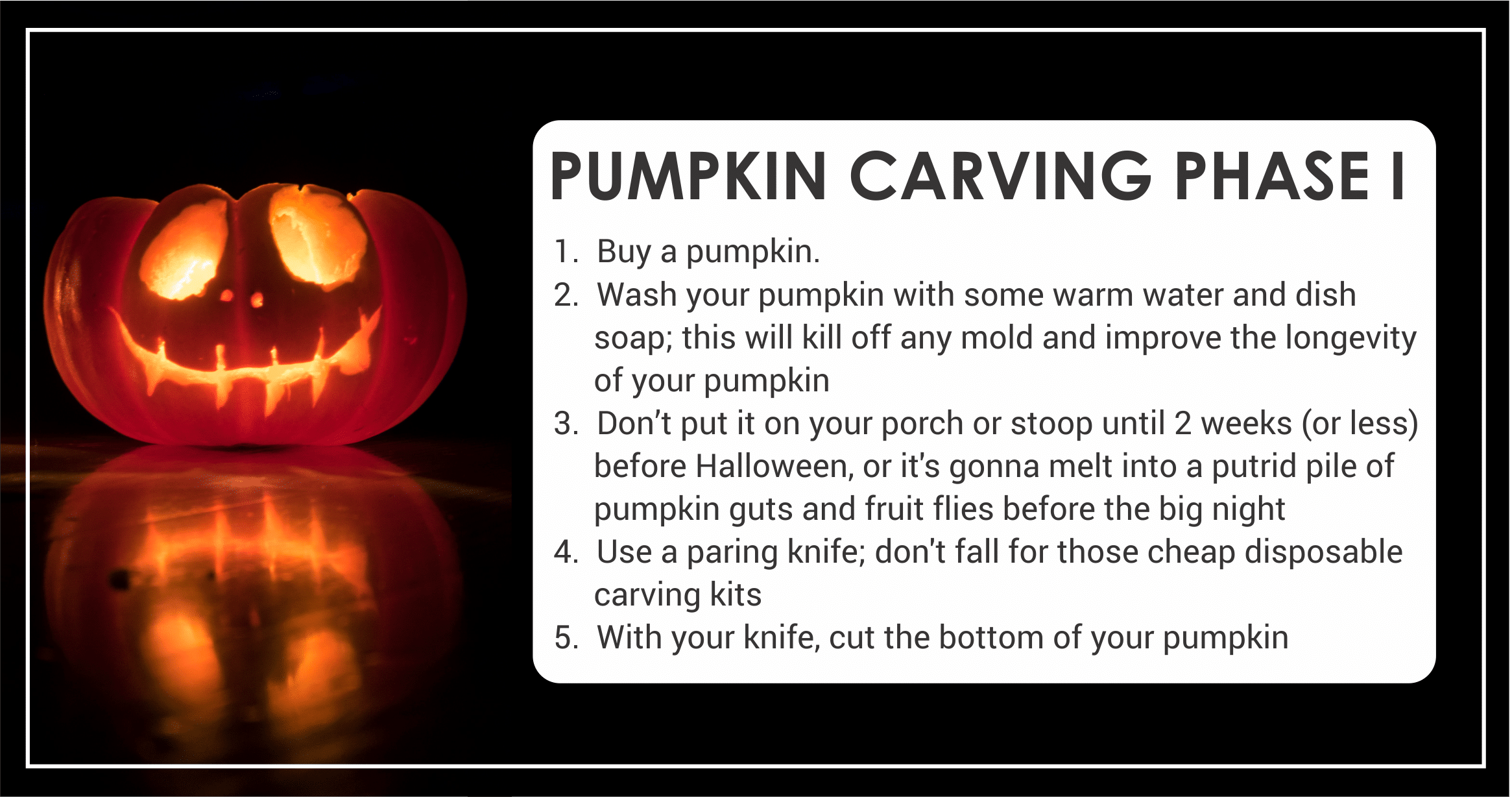 Let me interrupt my process here to talk a bit about this unorthodox method of opening your pumpkin. As mainstream as it is to cut the stem, you actually release more moisture this way, drying out and killing your pumpkin faster. It’s also easier to place a candle in the bottom, and a bottom opening is almost completely hidden. 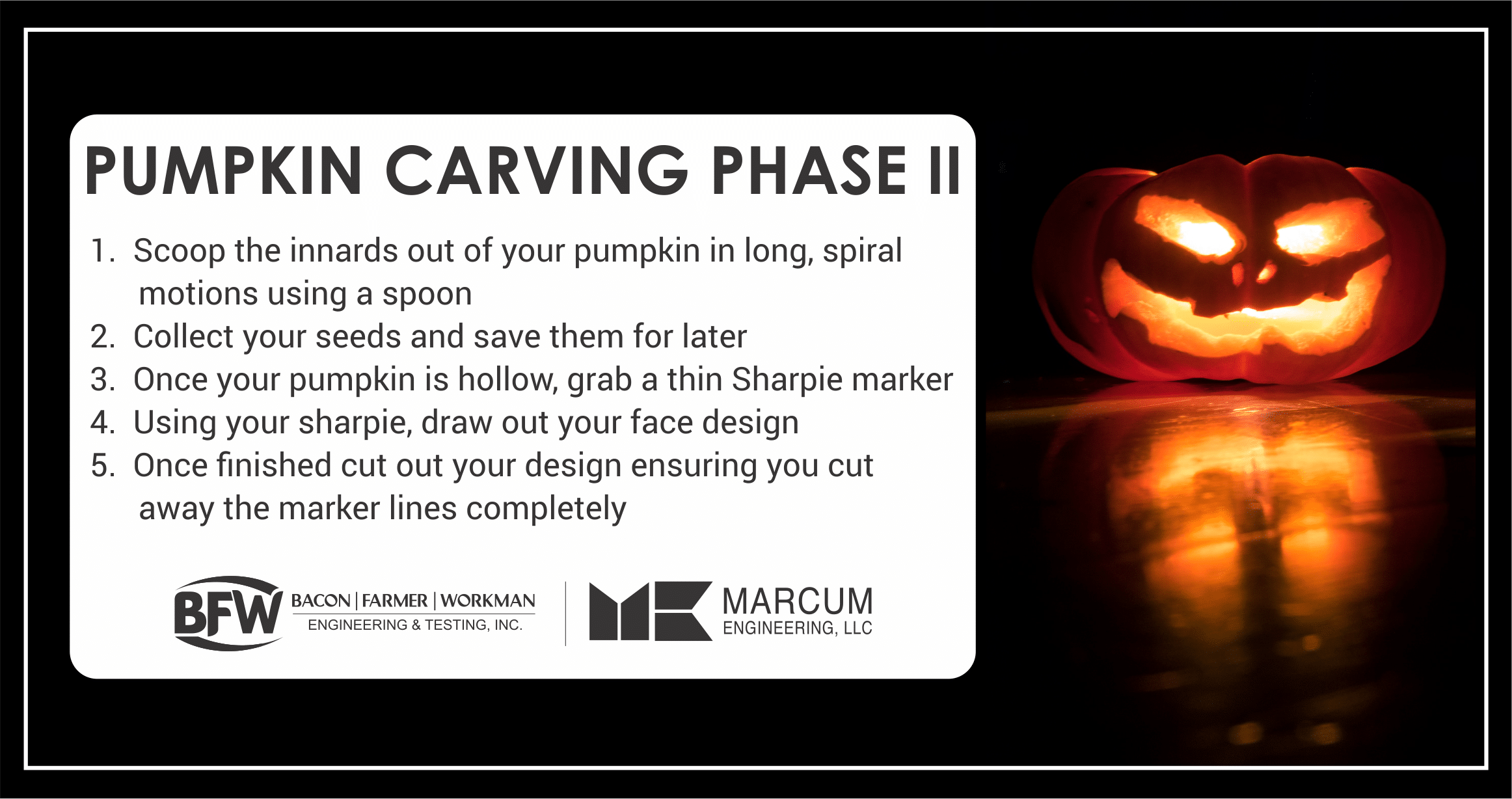 In the evening, I prefer to put an 8” tapered candle in my pumpkins. Tea lights simply aren’t bright enough and don’t last a few hours let alone a single night.

Archimedes and I love to watch old Universal monster movies while eating the toasted pumpkin seeds that we salvaged from our pumpkin carving. Toasted pumpkins seeds, also known as pepitas, are delicious with a little sea salt. 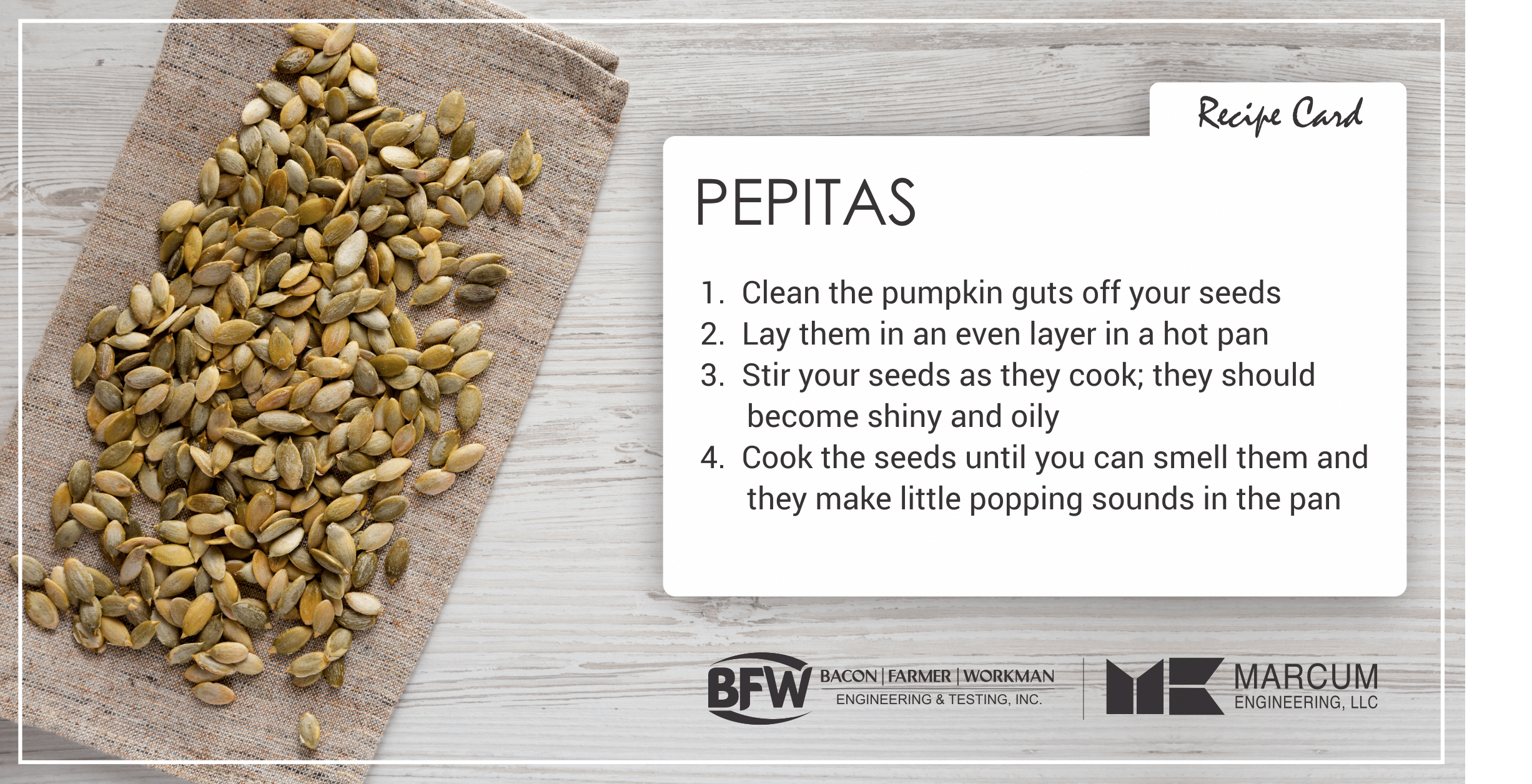 Look, I’m an engineer. I’m in the weeds nearly every day of my life. Yet, I realized long ago that my job is to clear those weeds away for the next person. Who would have thought that engineers had so many similarities to a lawnmower? All joking aside, I think real aesthetic beauty is in simplicity; whether that’s in the way you carve a pumpkin or the way you design a building.